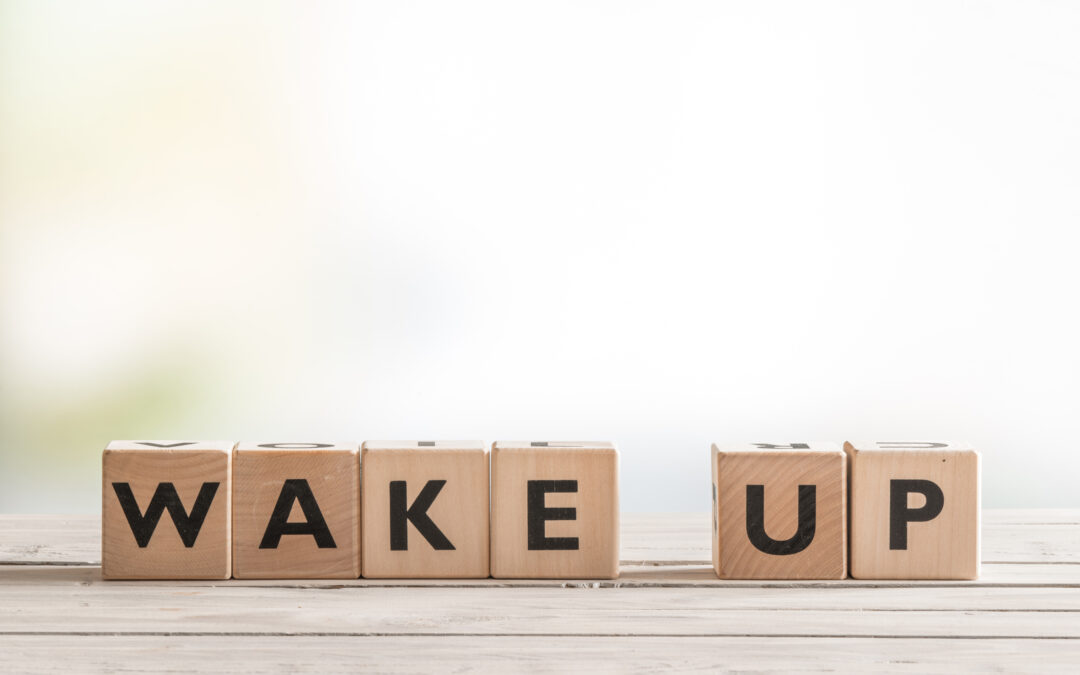 America desperately needs a great awakening. This reality has been becoming more and more evident to me with each day. Unfortunately, Christians have been silent in America, and the enemy has taken this as an opportunity to take over. Religions such as Secularism, Marxism, Postmodernism, New Spirituality, and Islam have been assualting our great nation. They have been capturing people left and right while Christians have been sleeping. Now it’s time for the church to wake up and bring America under the rule and reign of Christ once more. But this is a difficult job for Christians and I bet I know what you are thinking, “How do we take back America?” And for others you might be thinking, “How do we wake up Christians and get them to speak up?” These are difficult questions, but I’ll give you my plan.

The first thing is getting ourselves passionate and radically in love with the Lord. How is this accomplished? One way is through prayer. Ask God to transform your heart, soul, and mind. He did this for me when I asked. For years I struggled with my faith and noticed that I was not on fire for the Lord. I began to pray about it and after some time, God began to reveal things to me. He began to show me the world and how it was hurting. He showed me my own pain such as anxiety and insecurities. And finally, He showed me His love and how it has the power to transform both me and the rest of the world. God healed me of things such as insecurities and anxiety, but He went even further than that. He gave me a purpose and reason to fight for this world. “For God so loved the world, that he gave his only Son, that whoever believes in him should not perish but have eternal life.” (John 3:16). This verse reveals that Jesus loved us so much he was willing to give up his own life for us. If God would sacrifice himself for the world, then I want to sacrifice myself for Him. I want to fight for this world because my God fought for it. I want to fight for this world because God fought for me. Another way to become radically in love with the Lord is through reading His word. The first time I sat down to read the New Testament was the moment my life changed forever. Jesus suddenly became so real to me in a way I cannot express. He inspired me, he made me laugh, and he made me weep. All I wanted (and still want) was to be like Christ. Then I opened the Old Testament and my eyes witnessed a fuller picture of God. He became so much bigger and awesome through the Old Testament. I was also incredibly inspired by the great men and women of the Bible both from the Old and the New Testament. Some people, such as Elijah, were going through things similar to the present day. The whole Bible filled me with hope, wonder, and passion for God. Another way to fall radically in love with Christ (in fact this may be considered the central way) is through experiencing the Holy Spirit. There are many ways to experience Him: through dreams, visions, prayer, reading, dialoging, etc.. However, if you are struggling to experience the Holy Spirit’s presence, I encourage you to pray about it, read the Bible, and communicate with fellow Christians.

The second step to waking up America and the Church is by seeing the reality of where we are at as a nation. I began to notice things were not right in America when I was in 7th grade. Young kids were cursing and talking about things I can not even mention. And this wasn’t the worst of things, it was simply a taste of what was to come. Sexuality began to go absolutely rampant with the LGBT growing in acceptance (Pew Research Center said in a 2017 survey called Homosexuality, gender, and religion 7/10 Americans believe homosexuality should be accepted). Suicide is becoming a normal occurence (according to the NCHS Data Brief, Number 362, April 2020, suicide rates increased by 35% between 1999 through 2018). Abortion is still legal and accepted by people. More children are growing up without fathers (According to Pew Research Center in an article titled A Tale of Two Fathers, father absence has grown from 11% in the 1960’s to 27% in 2010). And people can no longer tell what gender they are. America is being viciously attacked by worldviews that promote immorality. And these worldviews are not promoting a more tolerant, loving, and freeing world, they are promoting a world that will inevitably end in people suffering. America is increasingly turning away from God and becoming enslaved to sin. As Christians, we need to wake up to this reality and push to turn the tide in America.

The last step (there could be a lot more steps, but for the sake of this article, we are going with three) is getting ourselves involved in a Christian community. The more minds brought together the better. Through fellowship, we can discuss creative ways to bring people to the Kingdom of Light. Each of us has a unique calling given to us by God. Through community, these gifts are brought out and can be used to their fullest potential. Christians are stronger when they are joined with other fellow servants of Christ. Walking alone can be challenging and dangerous for our faith, but being joined with others strengthens us. “Two are better than one, because they have a good reward for their toil. For if they fall, one will lift up his fellow. But woe to him who is alone when he falls and has not another to lift him up! Again, if two lie together, they keep warm, but how can one keep warm alone? And though a man might prevail against one who is alone, two will withstand him—a threefold cord is not quickly broken.” (Ecc. 4:9-12). I believe that a community of believers completely on fire for the Lord have the ability to wake up the church, and therefore, wake up America. Together, Christians can become an army of God’s kingdom. They can fight any battle together, inspire and encourage one another, and bring about America’s redemption. Even if that community is just two people.

America desperately needs great men and women to wake up and bring about a great revival to America. We need our great nation to return back to Christ. We need to get bold and speak up. However, saving America can be a daunting task. And you might be saying to yourself, “Well what can I do, I’m only one person?” Listen up, God only needs one person to light a fire in people. To God, anyone can be used in mighty ways. Let me give you a very important verse, “All authority in heaven and on earth has been given to me. Go therefore and make disciples of all nations, baptizing them in the name of the Father and of the Son and of the Holy Spirit, teaching them to observe all that I have commanded you. And behold, I am with you always, to the end of the age.” (Matt. 28: 18-20). Everyone of us has been called by God to go and make disciples. Even if you don’t think you can do it, God believes you can because He will be your strength. In fact, the last sentence in those verses tells us that God will always be with us. I know that being bold can be scary, but you have the greatest God there with you. He has provided us a family, a kingdom where we all belong to. I want to bring as many people to that kingdom as I can. I want to save America and redeem her back to Christ. Will you fight this battle with me?