A Vision of the Kingdom 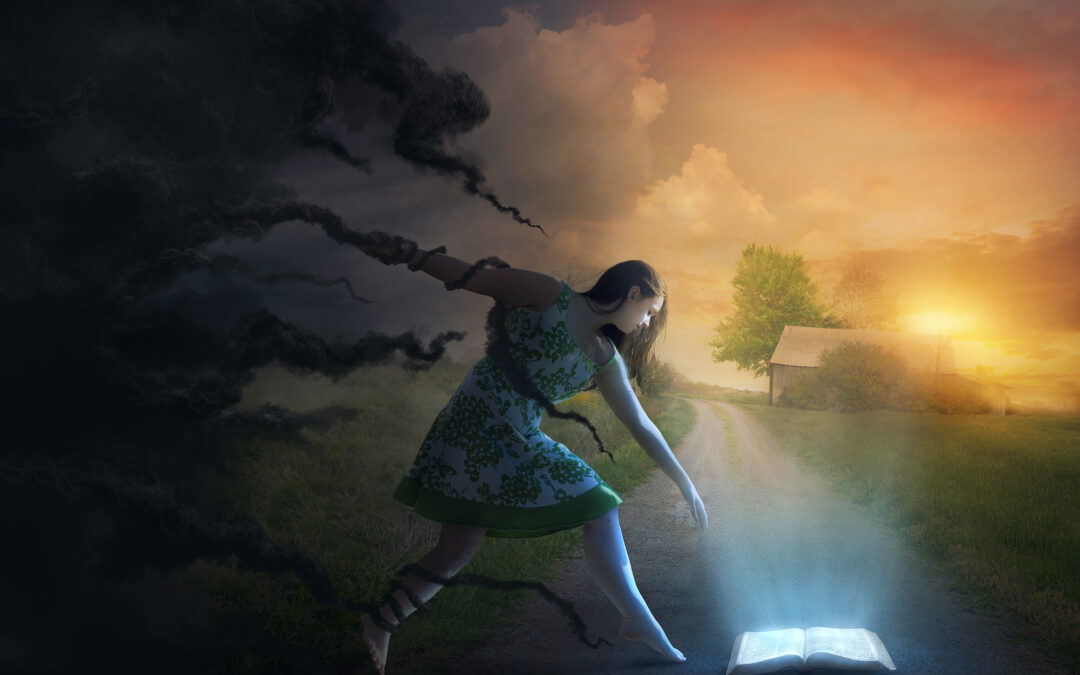 Imagine a world where people think only of themselves. They declare to the world that they must love themselves before they love anyone else. They believe that finding out who they are will help them love themselves. So they search for their identity. Many find their identity in things found in this world: gender, race, sexuality, art, work, money, fame, etc. They only care about themselves and their temporal desires, even at the expense of others. They do drugs, have sex, and let all their desires run rampant. A world filled with people thinking only of themselves is a world filled with fear, anxiety, pain, depression, dissatisfaction, suffering, destruction, and turmoil. People keep looking for meaning to life, they search the world for love, and attempt to find happiness. Some succeed at finding a measure of happiness, but only by being content with unfulfillment. Others search for communities who will love them. They let their insecurities exploit them in order to belong. They disown the gender they’re born with, they find love and acceptance within homosexual communities, and they join in the unity of anger and bitterness that creates a common identity based around destruction even if it is aimed at those who share their same skin color. The self-centered world is decaying and people are hurting. All worldly hopes to make things better fail and when people lose hope they often seek a way out of living.  In such a world, everyone is suffering.

The world I asked you to imagine represents what America and much of the rest of the world is going through. America is falling apart, but the story you imagined doesn’t end there. When people choose to live selfishly, they start to not care about what happens to others, especially what happens in their country. They care more about their temporal pleasures than the consequences of their beliefs and actions. As a result, the country becomes neglected and ruined by bad ideas. Eventually those ideas lead to the destruction of the nation. Either the nation will enter into anarchy or go straight to tyranny. Why does this happen? When everyone cares only about themselves, their country develops a “every man for himself” mentality. This leads first to lawlessness and then to “might making right” because only the strongest will have the power to assert their will. Under anarchy, most people will be living under oppression and pain. The weak will cry out they need to be saved. At that moment, someone clever and strong will arise promising people order, peace, and prosperity. People will believe him, but more likely than not, the man will become a tyrant because he also wants his will to be done. People will continue to suffer and live under oppression. This is the fate of America with the way she is heading.

Yet, there is another possible ending to the story. The people who are searching for unconditional love, identity, significance, and purpose can find it in Jesus. Those who are controlled by the desires of the flesh and are slaves to sin can be set free. Those who are insecure and their insecurity is driving them into self-destructive lifestyles like transgenderism and homosexuality can find true security in Christ. How can there be hope for people that want to live sexually without consequences, who want equality and justice but believe revolution is the only way to get it? There is no end to hope when you find it in Jesus Christ. As Christians, we have the opportunity to bring hope and deliverance to the world through the gospel.

Let’s imagine a world ruled by Jesus.  It would be a world where everyone has compassion for one another. People would serve others rather than themselves. Everyone would take care of each other. People would live virtuous lives, sacrificing temporal pleasures in order to bring joy and life to others. Sexual immorality would end because people understand that when they give in to their every desire, it is always at the expense of others. Men would love and take care of women. Spouses would value their marriage and understand it is a life-long covenant. They would love and appreciate their children. People would alleviate the pain of others even if it caused them pain to do so. They would develop science and technology in order to ease toil for the poor and unfortunate. People would be well-educated because education brings fulfillment, blessings, and opportunities. People would care about their country. People wouldn’t lie, cheat, steal, murder, or live a life of vice because it hurts not only themselves, but those around them. People would speak the truth in love no matter the cost. People would be unconditionally loved and encouraged to walk in virtue. People would be free to express their ideas. It would be a world of justice rather than injustice.  The poor, weak, disabled, unborn, elderly, young, and everyone else would be taken care of. People would know objective truth.  The nations and people would flourish and every person would have dignity. Nobody would look down on others. People would no longer be  insecure, they would no longer be depressed and they would no longer be anxious. It would be a world of true peace, joy, and righteousness. This world sounds pretty great, doesn’t it? This describes the world under the rule and reign of Jesus Christ.

Without Christ the world loses having worth, meaning, liberty, and dignity.  Those things only exist because there is a creator who has made us in His image. Without the image of God and redemption in Christ, our lives cease to matter. You are just matter that doesn’t really matter. Or you are a victim of petty gods using you for their entertainment. Or you are fated to a life of reincarnation until you become one with the universe (or in other words, you let go of all objective reality until you cease to exist). Or you suffer under the rule of a totalitarian god (the State as God is cruel indeed). The only hope to live in a world governed by love is through the power of the gospel of Jesus Christ.

I have set up two outcomes for our nation. With the current trajectory, we are heading straight for the first outcome of totalitarianism and misery. Can this be stopped? Absolutely! But, it requires Chirstians being bold. The Apostle Paul is one of many examples of Christians standing up for truth no matter the cost. He showed courage and a love for God and men when he set out to bring the Gentiles to Christ. He shocked the Jews when he stated his mission:    “To me, who am less than the least of all the saints, this grace was given, that I should preach among the Gentiles the unsearchable riches of Christ, and to make all see what is the fellowship of the mystery, which from the beginning of the ages has been hidden in God who created all things through Jesus Christ; to the intent that now the manifold wisdom of God might be made known by the church to the principalities and powers in the heavenly places, according to the eternal purpose which He accomplished in Christ Jesus our Lord, in whom we have boldness and access with confidence through faith in Him. Therefore I ask that you do not lose heart at my tribulations for you, which is your glory” (Ephesians 3:8–13, NKJV).  Paul understood that his faith gave him the confidence and boldness he needed to go out and spread the gospel. He was convicted by the Holy Spirit and sought to serve the people no matter what.

Many Christians in America have been complacent and fallen asleep while the nation was invaded. They don’t want to hurt anyone’s feelings so they instead preach the “Jesus loves you” message but never say things such as “abortion is wrong,” “marriage is between one man and woman,” or even, “Jesus is the way, the truth, and the life, no one comes to the Father except through Him.” However, if we say that we love people, why would we hold back the truth, especially if it is what people need? We need to take a moment to reflect. Has the hippie love method been having a positive impact on our culture? Is our country better off with us falling asleep and occasionally saying Jesus died for you and loves you? Though it is true that Jesus loves us and died for us, if people don’t respect the Bible because they find it lacks authority or don’t feel that they need to be saved, then this non-offensive method isn’t going to work. We need to speak the truth with boldness and without shame if we want to see the second outcome become a reality. Christians need to care more about people’s lives than their feelings. It’s time we change our method and find something that does work. It’s time to speak the truth no matter if it offends, because guess what? The truth will always offend those in the darkness. They will always hate the truth and try to escape the light, but the light is what people need. Let us be the light of the world and the salt of the earth. Let us no longer be afraid to speak the truth, yet let us always do so motivated by the love of God.