A Hope For The Future of America 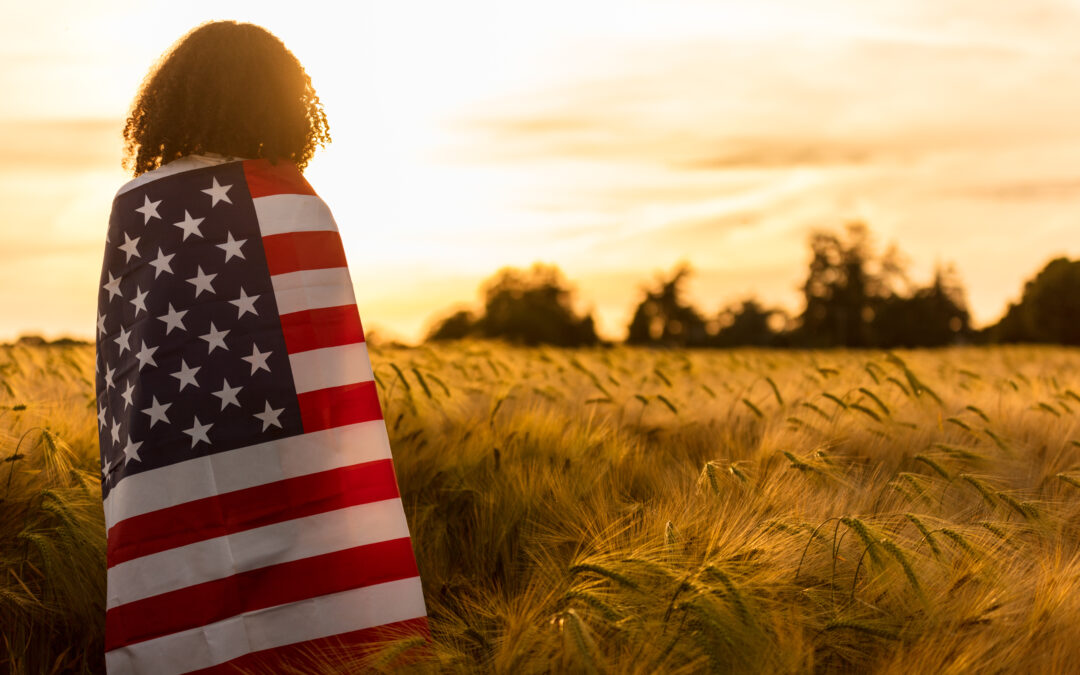 “It’s too late for America!” one might cry out. “There is no hope for our nation, the enemy is too powerful.” another might declare. Perhaps you read these declarations and can’t help but agree with them. Maybe you too feel the end for America has come and there is nothing we can do to stop her destruction. Many Americans have become demoralized and hopeless, and unfortunately, this hopelessness doesn’t exclude Christians. Many Christians have given up on our country and are waiting for Christ’s second coming instead. They believe that the illness that is killing our nation will only last until the Lord arrives and defeats Satan. However, what if I told you this is what the enemy wants you to believe? What if I told you it is not too late for America? And what if I told you that you have the power to heal our nation?

Weirdly enough, believing that you can make a difference as Christians in your country and in this world no matter how insignificant you may feel actually does have an impact, and is the first step toward moral and spiritual transformation.  It is this attitude of hope that the kingdom of darkness wants to rob believers of. Many false messianic movements promote the idea that we don’t have to let the world go to hell, instead we can make the world a better place. Marxists believe that through revolution they can change the tide of supposed oppression in the world. New Age folk are convinced that by letting go of their ego, they are helping the rest of the world to become one. Muslims are driven to bring the world under sharia law and are unwilling to give up. As a result, each of these religions are having an impact in America, but what about Christianity?

America was built on a Christian foundation. Our Founding Fathers received an incredible inheritance from our Puritan ancestors who gave everything to the Lord. And the Bible is the very rock that our great nation stands on, yet America is falling further and further away from God. Why? Because Christians have lost hope that the gospel of Jesus Christ can save our nation. Instead of believing that we can change the tides of America at any moment when we turn to the Lord, or knowing that America’s fate has not yet been decided, we have allowed ourselves to lose hope and be overcome by the enemy, convincing ourselves that the kingdom of darkness is too powerful, even for the Lord. We now believe that things will only get worse from here on out and there isn’t anything we can do to stop it. Our problem is that we have no vision of hope for the future.

But here’s the thing, it’s not too late for America. Things don’t have to get worse in order for things to get better. America can be saved and there is no power too great for King Jesus. Imagine that the Apostles gave up after Christ ascended to the throne. Imagine they said to one another, “Jesus has been defeated, his church can never survive the terrors of the Roman Empire, it’s better we save ourselves and wait for His second coming.” Obviously, this didn’t happen. Instead, the Apostles were more driven than ever before to spread God’s Kingdom upon the earth after Christ’s ascension. It didn’t matter that they were being persecuted because they knew in their heart that with the Holy Spirit, anything is possible. And we should be glad that the apostles and the many early Christians didn’t give up, because through all the hardships, persecutions, and tribulations, the Church was not only born, but thrived. And out of the midst of rubble after the fall of the Roman Empire, the West was born. And through a great many other struggles, America too would be born.

The church, the West, and America each had great birth pains, yet they each grew and became a great blessing from the Lord. They were all that natural outworking of the death, resurrection and ascension of Jesus Christ. Why should we give up now? History has shown that the Lord won’t let us fall when we stand up and boldly proclaim that there is no King but King Jesus. So many lives have been lost to preserve this great inheritance. So much pain and suffering has occurred during the long history of the church and the West. Are we to give up now when the Lord has brought us this far? I do not see the death of America in the future, but rather I see the glory of a risen King over the horizon. I see a great light that shines upon the land of the free and the home of the brave. I see an everlasting hope that cannot be snuffed out by the darkness. This is not the time to give up, but rather the time to be excited and full of life. People are craving a savior. They are hungry for a messiah, that’s why they have fallen for these false messiahs. As Christians, we have failed to give people hope for victory and change. It’s time we change that. We need to give people the Word of God. We can’t be afraid to be bold and speak the truth. We can’t give up on America or the rest of the world. We need to dream big, fight hard, and persevere for the Lord’s sake.

To finish off, I would like to turn to scripture. A great story about what our faith can do is found in Matthew 17: 14-20 (NKJV) which says “14 And when they had come to the multitude, a man came to Him, kneeling down to Him and saying, 15 ‘Lord, have mercy on my son, for he is an epileptic and suffers severely; for he often falls into the fire and often into the water. 16 So I brought him to Your disciples, but they could not cure him.’ 17 Then Jesus answered and said, ‘O faithless and perverse generation, how long shall I be with you? How long shall I bear with you? Bring him here to Me.’ 18 And Jesus rebuked the demon, and it came out of him; and the child was cured from that very hour. 19 Then the disciples came to Jesus privately and said, ‘Why could we not cast it out?’ 20 So Jesus said to them, ‘Because of your unbelief; for assuredly, I say to you, if you have faith as a mustard seed, you will say to this mountain, ‘Move from here to there,’ and it will move; and nothing will be impossible for you.’“ The reason I put this passage in here is to help others to see how when we trust the Lord, have faith in Him, and have hope, miracles can happen. If we have faith and hope that America can be saved through faith in Jesus Christ, then I know that it will be done. The Lord will never fail us and the hope for victory will never die.